You’re doing everything right and your running has been going well. You went out the door with confidence. You’re cruising along in the middle of your run, feeling strong, and bam! your hamstring seizes up.

It came out of nowhere, you can’t remember any kind of warning sign. But once it strikes, a hamstring problem can be difficult to get rid of.

You try the obvious thing: you stretch. It doesn’t seem to make a difference.

You foam roll. You feel better afterwards but your hamstring still tightens up on runs.

You go to a massage therapist but still the problem comes back.

Then you start changing your running plans, deferring a race you’d been training for or cutting back on the length and frequency of your runs.

And discouragement sets in.

The Problem Isn’t Your Hamstring

The natural impulse is to feel there’s something wrong with the hamstring itself. But therapies directly on the hamstring generally bring unsatisfying results. You can stretch, foam roll, get massage, ultrasound, acupuncture, etc. directly on the area that hurts and only get temporary relief.

This is the classic indication that you’re treating the symptom, not the source of the problem.

Generally speaking, muscles show signs of trouble such as hurting, seizing up, getting “pulled” when the demands placed upon them are unreasonable.

I realize it may not feel like what you were doing when you first got hurt was unreasonable; in all likelihood you were just out for a regular run. However on that run, and probably on a pretty consistent basis, you were putting your hamstring in a difficult position because of what you were doing with the rest of your body. And eventually the hamstring stress reached a tipping point and you ended up with pain or a pulled muscle.

In my one-to-one work with runners I’ve found three common movement patterns that can result in hamstring problems:

1. Pulling your hip back

Your hamstrings’ main job in running is to decelerate your forward swinging leg so it’ll be in place for you to land on instead of kicking high into the air like a Rockette. However it doesn’t act alone. The movement of your leg is coordinated with the movement of your pelvis; both move forward together. If your pelvis doesn’t move forward a small amount as your leg swings forward, your hamstring gets a sudden stretch and reacts by firing suddenly and strongly. That can be very uncomfortable indeed.

2. Keeping your hips too flexed and/or pelvis behind your foot in midstance

Mechanically this should result in a similar problem to pulling your hip back, though it’s more likely to result in hamstring problems on both legs. However what can seem to happen is that you start using your hamstrings for propulsion, meaning it feels like you’re using them to push you forward and they get achy and irritated.

3. Altering the tilt of your pelvis

If you’ve been trying to keep your pelvis from tilting forward or your low back from arching, you’re involving your hamstrings in that action whether you intend to or not. That means they’re constantly active to try and make your pelvis more upright while also going through a range of motion and trying to control your legs. They’re trying to hold one thing while moving something else. It doesn’t work. You may particularly get upper hamstring problems in this case, just below your bum.

If this is your problem, stop trying to control your pelvis, which is supposed to tilt anteriorly (forward) when you run. Shift your focus to what you’re doing with your head instead, as I explained in this analysis.

Sometimes just finally understanding the nature of your problem is enough to cause your movement to change and you to feel better. But most of the time a movement learning process is needed, and that’s why I’ve put together my best Feldenkrais lessons and stretches as a free resource to take the stress off your hamstrings so you can start to feel better. Get yours here: 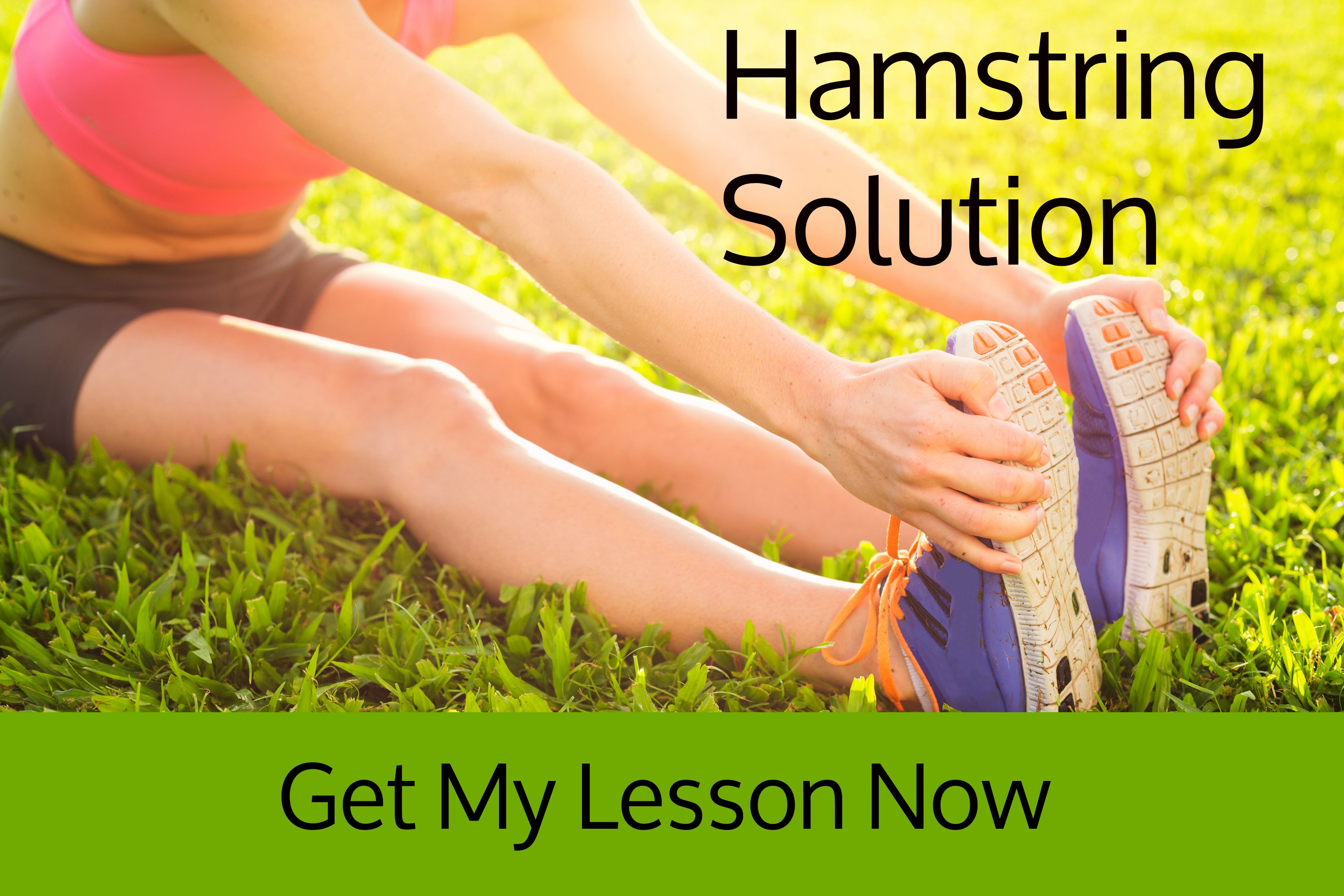 I have observed that pulled hamstrings arise when 2 conditions are met: trailing leg + sudden acceleration. The solution: avoid trailing leg.

Exactly. And guess what’s going on with the pelvis when the swing leg trails (or actually I prefer to say “lags” since it’s a problem of timing, the swing leg coming through too slowly)… either the entire pelvis is behind the foot at midstance or just the hip on the swing leg side. In other words, #1 or #2 of the causes I list. And the acceleration brings the whole coordination pattern across the tipping point into pain/injury. Yes, to avoid this you can be mindful of bringing your swing legs forward briskly, but this mostly works because it helps put the pelvis in the right place, since a lagging swing leg creates drag that pulls the pelvis back. However this doesn’t work for everybody, because not everybody’s pelvis will respond to the quicker forward movement of the leg. That’s why I recommend tuning up the core action, since it balances effort and timing in the flexors and extensors throughout the body and will keep the swing legs synchronized with the rest of the body so they don’t lag.

Thanks for the explanation. I just discovered your site and it is excellent!

I have a strange question: Is it possible that incorporating new, more intelligent running technique can make you more winded, in the short-term?

I’ve had a certain amount of success with feeling my stride alter by doing things like “giving permission” to my pelvis/ lower back/core to move, rather than keep myself rigid. But I do find myself getting winded worse.

Is it possible that allowing more muscles “in on the action,” as it were, that you need more oxygen?

Hi MP. The simplest explanation might be that you’re running faster. If your technique changes result in faster running, even if it feels easier, your body is still dealing with more force and your heart rate may go up.

If you’re not running faster than before and you’re more winded, you’re probably overdoing something. You can test things out on a treadmill — try running different ways without changing the speed, and notice what makes you feel *less* winded, and that’s probably the right thing to do.

Third option, of course, is that the reason is something unrelated, like perhaps you haven’t been getting enough sleep to recover well from your workouts, or seasonal allergies are interfering with your breathing, or something else…

Hi im havin terrible pain wit my hamstrings when i run , it used to happen around mile 20 it stops me in my tracks , its gettin worse now an just happened after only mile 3 , i got a marathon on sunday so been doin lots of stretches and romanian dead lifts last 2 days thats made it so much worse , any advice please as is so painfull thank you

I’m sorry to hear it, Steven! I’m not sure I have a solution for you in time for your marathon, but you could try this lesson: https://www.balancedrunner.com/free-your-feet/ Follow the instructions on how to do the lesson very carefully! Also, have you considered that the problem could be mineral/electrolyte related? Potassium, magnesium?