What Sitting Does to Your Running (Part Three)

The past two weeks I’ve covered the 2 major effects sitting in chairs has on your running. The first–trouble extending your hips sufficiently–is something a lot of runners are already aware of. But the second–trouble allowing your pelvis to tip appropriately side-to-side–is not only completely off everyone’s radar as a problem, but in fact isn’t even recognized as a problem. Instead, runners are often told keeping their pelvis level is something they should do intentionally.

How To Stop Bringing Your Chair With You On Runs

So why is the recommendation to keep your pelvis level so widespread?

I think there are three reasons.

The first is that some runners who have a lot of trouble extending their hips compensate for this by moving their pelvis excessively. Here’s how this works: because the hip joint won’t extend and thus the runner’s forward movement is blocked as they try to push off, they go around the restriction by going farther out to the side.

Then, unfortunately, well-meaning therapists, trainers, and coaches mistakenly diagnose the excessive pelvis movement as the problem and start working on restricting it.

This is a shame. As I’ve written before, full and healthy hip extension involves movement of the core. Restricting pelvis movement just adds to a runner’s problems. Instead, if the runner learns how to extend their hips appropriately, the pelvis movement will spontaneously downregulate and the whole body will work in a more coordinated fashion.

In cases where runners working on core stability are also working on improving their hip extension, their running will probably start to feel a bit better. But it will also feel like a lot of work and discipline and will never again feel natural or flowing.

The second is the influence of Pilates, which often emphasizes keeping the pelvis level when moving the legs. However it’s important to bear in mind that Joseph Pilates was originally a circus performer who worked on the tightrope—and if you tip your pelvis on a tightrope you fall off. He took the movement habits that worked for one situation and, without realizing how specific they were, promoted them as correct for all situations.

The third reason is actually the most powerful. It’s that we’re so used to sitting in chairs. It’s become the default state as far as our nervous systems are concerned. And that means we naturally feel it’s the safest option. And when we perceive a threat—in the form of pain or even awkward movement—we instinctively respond by going back to what we know as safe.

In recent years, enough people have looked critically at running and hip extension and identified what feels safe to runners who sit a lot—namely flexed hips—is in fact a problem. So there’s a lot of talk and therapies and techniques for helping runners extend their hips even though it doesn’t feel safe at first.

But that same critical scrutiny still hasn’t been brought to bear on the level pelvis problem. Consequently physical therapsts et. al. coach their patients to maintain what all of us tend to feel, by default, is the safe situation: a level, “stable” pelvis.

After all, there’s no more stable core than one that’s in a chair.

But if you want to run well and feel great doing it, you’re going to have to completely remove the effects of sitting from your running—all of them.

For help resolving both of the problems that come from too much sitting and restoring the health and naturalness of your gait, try a set of lessons I call Mastering Your Weight Shift. You can get it for free here: 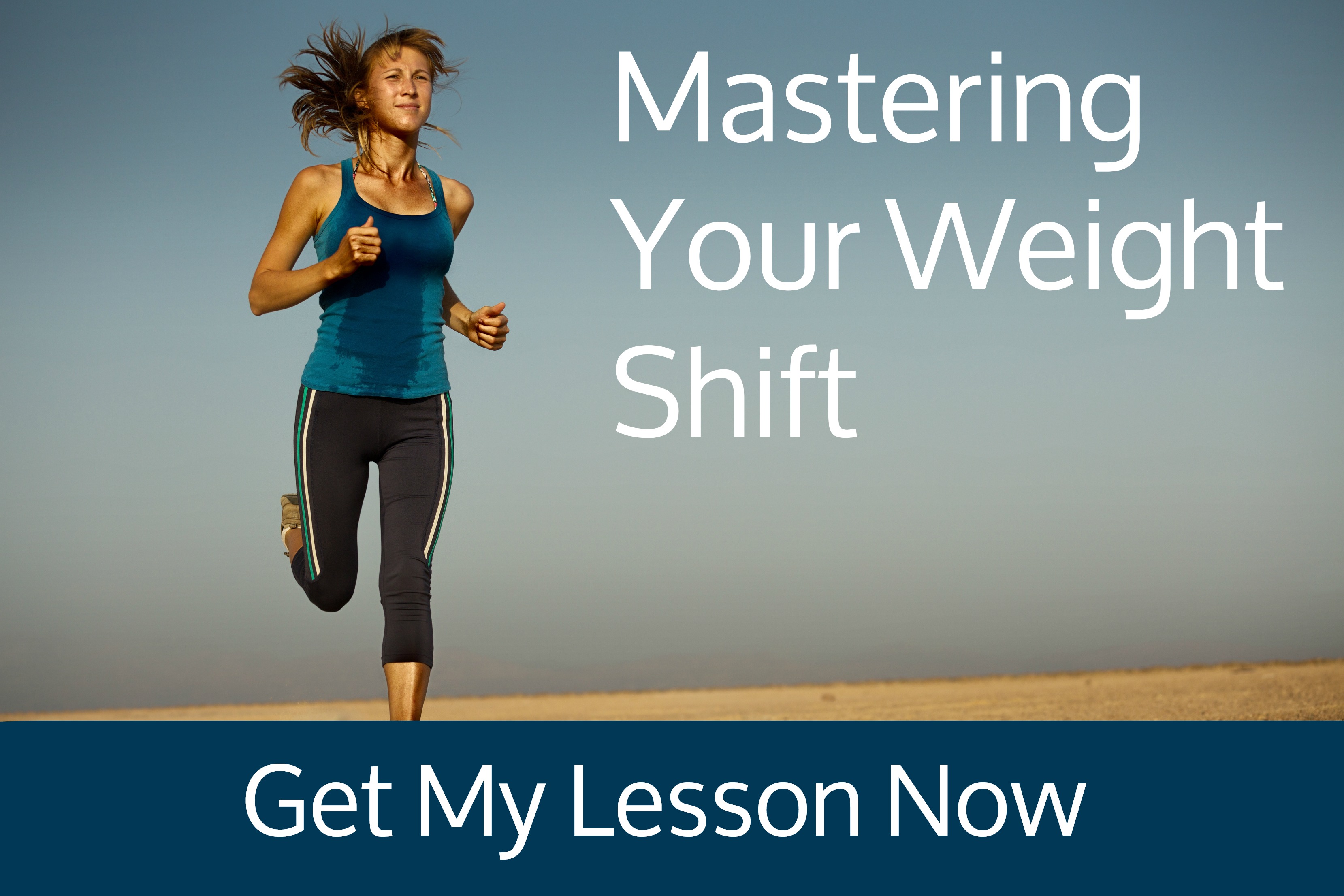