Are You Brave Enough?

Most of us know someone who’s made a commitment to get healthy and started running, only to be sidelined after a month or two by knee or back pain that makes running impossible. The doctor says this was due to not being strong enough to run, and unfortunately this is often all to easy to believe.

Or someone who’s gotten hurt on their 18 mile long run during marathon training and never made it to the starting line of the race… or any marathon after that. They go to physical therapy, do their exercises, and the longest they can run without problems is about 7 miles. They never get back to where they’d been.

Or someone who seems to be constantly in physio for one thing or another, takes painkillers before every run, and often has to switch from doing the team workouts to standing on the sidelines holding the stopwatch, handing out water at races, and cheering teammates on because they’re again too injured to run. They are on a treadmill of treatment that never ends.

Or someone who used to be a runner, but then their knees just gave out.

Maybe you are one of those people, or maybe you’re just worried you might become one.

We’ve seen that it doesn’t have to be that way. I told you the story of Steve, who’s back running regularly and feeling great at the age of 68 after more than a decade of sedentary living due to plantar fasciitis and more than decade before that of running through his pain.

And the story of Isabelle, who conquered IT band syndrome after 7 years of unsuccessful physical therapy and is running better than ever.

Persistent injuries—even ones that have persisted for decades—can be completely resolved and running can feel not just as good as, but actually better than before.

There’s one key thing you need to to do to make this happen: you have to be brave enough to step outside the box, outside the popular belief that your problems are due to weakness and can be fixed by strengthening.

Brave enough to embrace the knowledge that movement—coordination—comes before strength and determines what kind of strength you have.

To fix most problems with your running, you first and foremost need to learn how to move better when you run.

If you’re still reading, then I’m pretty sure this is a leap you can take.

Once you have, then the question becomes, “How can I learn to move better?”

There are a fair number of people out there who will say they teach this, and I could spend another week of emails delving into all the options and how to tell which is best.

Instead, I’ll just tell you why I picked the Feldenkrais Method of Movement Education and spent four years training as a practitioner.

Feldenkrais is a “neuroplastic therapy” that literally helps you make new connections in your brain, shifting from old habits that don’t work well to new ones that do… surprisingly quickly.

It has proven itself worldwide for over five decades in such demanding situations as stroke rehabilitation and helping children with severe developmental problems—high-stakes situations that make running injuries seem about as serious as mosquito bites.

There isn’t any running technique education system out there that can demonstrate this kind of effectiveness.

I first encountered Feldenkrais as an injured dancer, when over a year of physical therapy consisting of—you guessed it—strengthening exercises failed to make the slightest difference in my achilles tendinitis. Feldenkrais got me back to dancing in short order and made me a better dancer than I’d ever been before, and when I retired from dance I wanted nothing more than to help other people the way the Feldenkrais Method had helped me.

And so here we are.

I told you yesterday how Isabelle beat ITBS by learning how shift her weight onto her left leg as well as she did onto her right leg. That’s absolutely essential for recovering from IT band problems, but it also is a key element in recovering from any injury and even in simply being able to run comfortably and fast. In my blog post this past Sunday I even wrote about how Eliud Kipchoge’s skill at doing this helped him win the Berlin Marathon.

Chances are good that no matter what you’re struggling with at the moment, even if it’s just the wish to be able to run a little faster, you need to learn how to do this better. And if you’ve got pain on one leg or foot, you *definitely* need help with this.

So right here, right now, wherever you’re sitting (unless your chair has arms, in which case move to one that doesn’t) you can start learning how to improve this ability and get more symmetrical with a short audio Feldenkrais lesson. It’ll take you 13 minutes and 22 seconds.

Did you try the lesson? Excellent. You’ve just taken a momentous step outside the box. Simple but still more than a lot of people ever manage. Well done!

You probably have more to learn to get all the way to where you want to be, but this basic lesson is a non-negotiable step.

Learning this kind of movement in-depth, including how to carry it all the way through the legs, helped Meri, a triathlete, get a significant improvement in the achilles tendinitis and knee pain she’d been struggling with on her left leg for three years.

It helped Dave—another triathlete—relieve the discomfort he’d had in his right glutes since a bike crash a year and a half before.

And it helped Nate, an elite runner and coach, get more improvement in a nerve problem than he’d experienced in years.

Of course there’s much more to learn—all five of the athletes I’ve mentioned went beyond this lesson and dove into a learning process that lasted roughly 6 weeks.

They learned how to optimize their footstrike, use their core correctly, adjust their arm action to help their legs work right, balance themselves in gravity, shift their heads for speed, and more. And throughout the process they felt better and better.

Would you like to emerge into the light on the other side of your pain and fear? Are you brave enough to transform your running by learning new ways to move?

Registration is currently open for The Balanced Runner System™ Online Camp, a six-week program done entirely online. It will help you love running even more than you do now, and know you can keep it for life.

You can start the camp immediately when you register, and you’ll have lifetime access to the course, so no need to wait for the “perfect” time to start–you can just dive in and start getting the benefits right away.

But for now I want you to just try the recorded lesson I shared above and send me a quick email at jae@balancedrunner.com letting me know what you learned. I’m looking forward to hearing! 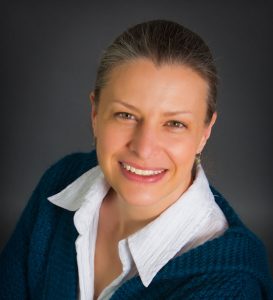