This post is the seventh in a series explaining The Balanced Runner Keys.

In my previous posts on The Balanced Runner Keys I started with the feet and worked my way up through the legs, torso, and arms. Today we reach the head, which may seem remote from the main business of running but in fact determines your ability to do all of the other Keys.

Balanced Runner Key #6 is “move your face forward,” which means to orient your face straight forward and have it lead the way when you run, with the rest of your body trailing behind. Generally speaking, this is poor organization (a term I prefer to “posture” since we’re talking about movement) for most slow-to-walking paced human activities but excellent organization for most high-speed ones.

When you stand, walk, ride a bike slowly, ride a walking horse, etc., you are generally upright with your trunk parallel to the pull of gravity so that your head is supported on top like a ball on a stick.

However when you move forward quickly you need to push your head forward in order to avoid falling backwards. So you lean forwards. Like this: 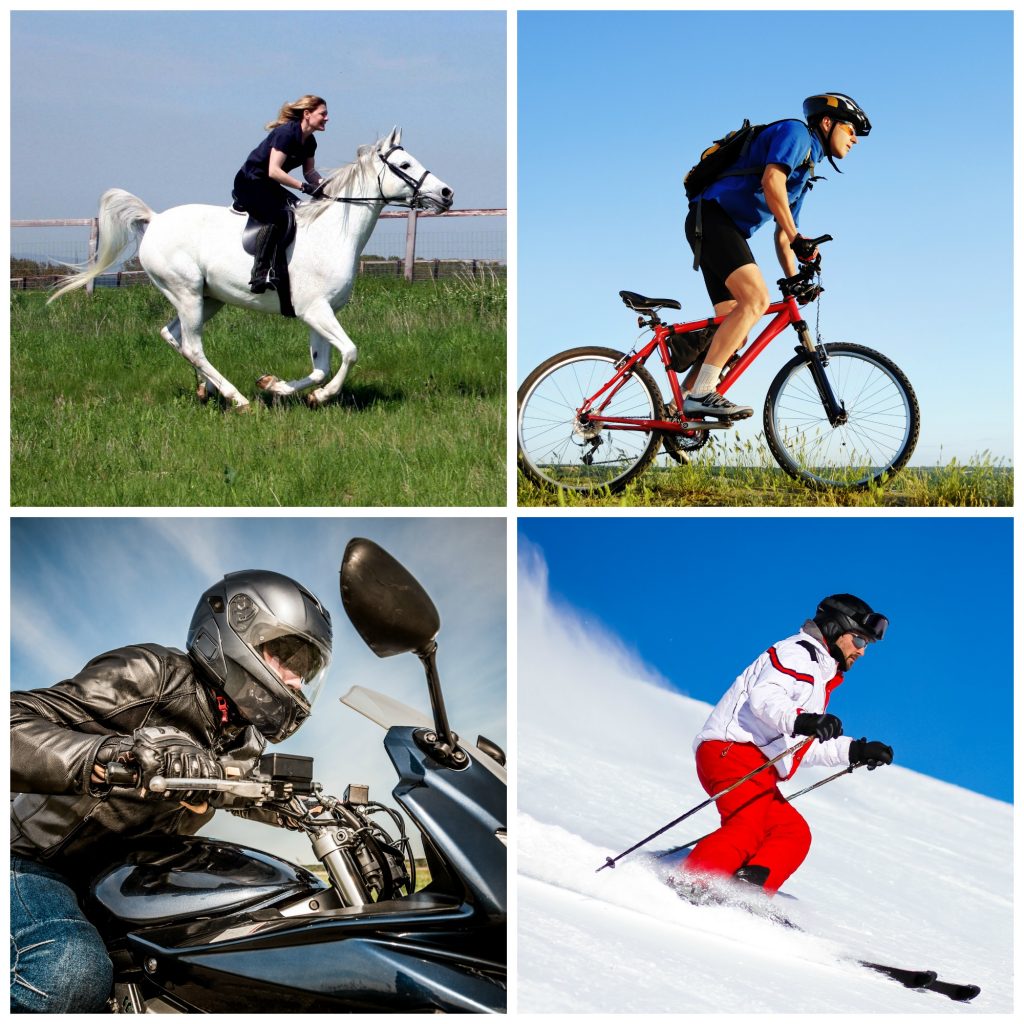 You also have to see where you’re going and have the freedom to look around, so keeping the same relationship between your head and spine as when you’re upright won’t do. You’d only be able to fix your eyes on the ground at a steady distance in front of you. Not so easy to play a sport that way, run on a trail, or scan the terrain for dangers and opportunities (the paradigmatic sabre-toothed tiger or tasty wildebeest). So for that reason when you lean forward to move fast you slide your skull forward on your atlas vertebrae.

Here’s the best animation I can find of this movement of the skull. Skip forward to 2:42 and watch till about 2:57 to see what I’m talking about. (I have no idea what the method is that this video is made to advertise and am not endorsing it, I’m just taking advantage of the nice job they did depicting this movement.) The atlas, or top vertebra, is shown in blue, and if you want to know more about the anatomy, watch the video from the beginning rather than from the point I’ve suggested.

Doing this frees most of your trunk muscles from having to tether your head to your spine and they can instead remain in healthy balance, performing the critical core action needed for running and allowing your feet to meet the ground in the best relationship to your hip joints for your speed and the terrain.

By contrast, when the spine is supporting the head in a suboptimal position the whole balance of weight is thrown off. Runners who tuck their chins or retract their heads create an imbalance of activity in the flexor and extensor muscles throughout the body, either tightening their low backs, gripping their abs, pushing their chests either down or up depending on how exactly they’re holding their heads. This creates a lot of extra muscular effort and interferes with the ability to create support and direct force through the foot, and very often results in excessive overstriding.

Moving your face forward also allows you to look around with maximum freedom. To feel what I mean, try this little exercise:

Scoot to the front edge of the chair you’re sitting in and sit up tall (without getting rigid, please!). Then initiate a forward lean by moving your face forward in space. If you’re at all confused about this movement, imagine you’re reaching your face forward to kiss someone across a cafe table. You can even pucker up to encourage your neck to perform this movement. Now keeping your face oriented forward, look to the right and left. Do it slowly and see how far you can turn your head to see in each direction without feeling any restriction or moving the rest of your body.

Then, while maintaining your forward lean, pull your chin back. (This kind of movement may make you look like you have a double chin – yet another reason not to do it 🙂 ). Still avoid moving the rest of your body. Now try looking right and left and see how far you can turn your head each direction without feeling any tension or restriction.

It’s much harder to turn your head side-to-side with your head retracted, isn’t it? Whereas with your face reaching forwards as if to give a kiss you can easily turn it ninety degrees or more in each direction. The reason for this is that restricting the “yes” movement of the atlanto-occipital joint by retracting the head also reduces the freedom of the atlanto-axial joint to turn the head (as in saying “no”) and thus intereferes with the possibility of combining the two movements to look around in more comprehensive ways.

More freedom to look around means a greater feeling of freedom and fluidity overall in your running. It also works the other way, allowing you to orient yourself to where you’re going while freeing the rest of your body up to adapt to the terrain. In fact, the first inkling I got about this organization of the head for running was while watching people doing parkour with varying levels of skill. The fluid ones knew how to keep their faces moving forward no matter what they had to do with the rest of their bodies, while the ones who couldn’t keep their faces forward had to interrupt their momentum at each new obstacle.

In the simpler realm of running, though, one of the most direct and immediate benefits of moving your face forward is that it will improve your ability to lean (as long as you have enough flexibility in your calves). It’s usually the missing link when a runner is having trouble leaning, and in fact for that reason I’m proud to say it’s one of the elements of Dr. Mark Cucuzzella’s 1-2-3- Run program for the United States Air Force. Here’s a short video I made to show how to do it:

Give it a try! Also, be sure to read the rest of The Balanced Runner Keys if you haven’t already – you’ll know you’re getting it right if doing it makes the other keys feel easier and come more naturally. You can use the Keys to regulate each other, together they’re a self-reinforcing system that over time will make your running better and better.

Hello! I love all of the information and guidance you provide. I am still struggling with extremely tight calves and a tight right hip that clicks if I do ab workouts like leg raises etc. I’ve seen the video of the dynamic calf stretch. Do you have any additional recommendations I should try? 🙂

Hi Brooke, thanks for your kind words. Type “tight calves” into the search bar on my website to find the Quads and Calves Solution, a free download that should help. And also stop doing ab work that includes straight leg raises. Those are not useful for runners anyway and cause a lot of stress.